Apple iMac 27 Vs Microsoft Surface Studio 2: Which one is best for Graphic Design? The Apple iMac 27 inch is considered as the best computer for Graphic Design in the market today. The Microsoft Surface Studio 2 according to our review is also a contender for the top spot coming in at a close second. However, some graphic design professionals prefer the later.

This is not just for the large size it offers, but also quality features such as powerful processors, RAM and internal storage levels, among others.

Microsoft is working their way to counter Apple’s formidable force in almost all fields, and the Microsoft Surface Studio 2 is a great competitor in this sector.

It has successfully earned its rights in the market with popular sources like PCmag and Tom’s Guide naming it the best all-in-one PC/desktop for artists.

This has raised a lot of eyebrows in the desktop community; with most wondering if it can match Apple’s best Mac.

Today we bring you a comparison between the Apple iMac 27’’ and the Microsoft Surface Studio 2, looking at the features that make them top in the list for the best computers.

Both desktops fall under the all-in-one system category and go for a minimalist approach in design.

The iMac’s design harbors its storage and processing stations behind the 27 inch screen and at the bottom is a thin Aluminum frame.

The Surface Studio 2 on the other hand houses its features on the bottom of the hinges, unveiling a thin display.

Versatility is further enhanced by the Surface Studio 2, courtesy of the “zero gravity” hinges which allow you to effortlessly move it from its upright display position to desk mounted tablet position.

This allows you to use accessories such as the Surface Pen and the Surface Dial at comfortable settings.

When it comes to the iMac Pro, you only get a tilt in display position, since it does not feature any flat fold capabilities.

Regardless of the differences, both designs are appealing, made better by a lovely black and silver finishing in color.

However, the iMac slightly takes the price for minimalist design, while the Surface Studio claims the position when it comes to versatility due to the effective hinges.

Performance features are the factors that lead to the pricing structure of both the desktops, with both offering three models with different tags.

All the models under the Surface Studio 2 are run by powerful Intel Core i7 CPU processors with discrete NVIDIA GeForce GPU processors.

This ensures the desktop processes and interprets commands fast, and processes the commands at a quality speed of 2.9GHz.

The lowest amount of RAM on the Surface Studio 2 is 16GB, with a large internal storage of 1 TB.

The other two models are better, due to 32GB RAM levels, with one holding an internal storage of 1TB and the other 2TB worth of storage.

High RAM levels boost the processors in performance, enabling you to run multiple programs simultaneously. This is made better by the large internal storage, making the desktop more effective further from its ideal purpose of storing files and documents.

The iMac 27” models on the other hand are powered by either Intel Core i5 or Intel Core i7 processors achieving processing speeds between 3.1GHz to 3.8GHz.

One setback most users have shown concern in is the 8GB RAM levels, claiming they sound low and when compared to the competitors, you can tell why.

However, the processors and RAM combine to bring about a quality experience and you barely can tell the RAM is that low.

The Apple Processors are faster when compared to the Surface Studio 2, but when RAM is quite low and to some may be a deal breaker.

However, with such a powerful processor you can hardly notice the effects of the low RAM.

The screen and display options are far in difference for the two desktops, with the end results exploding in color and visual quality.

The Surface Studio 2 provides you a screen resolution of 4500 by 3000 pixels on the 28 inch PixelSense screen with an upgrade in contrast to a lovely 3:2 ratio.

This ensures you a quality and well detailed visual, with a rich and crisp display for quality web browsing visuals and productivity.

The approach is quite opposite to iMac 27’s, with the iMac offering a robust 5120 by 2880 pixels of screen hence the 5K retina display to its title.

Contrast ratio on the other hand is higher, with the 16:1 ratio providing brighter and warm visuals and display.

If you are struggling to choose between the iMac 27’’ and the Surface Studio 2 for an all-in-one desktop, the above highlight will help you according to your preference.

The Surface Studio 2 has put up a good fight, but the iMac is more powerful in terms of processing power and internal storage.

However, the price can be the main factor since the premium Surface Studio 2 desktop is cheaper compared to the iMac’s entry-level model.
since the differences are not that much, it is not a wonder most artist preferring it to the Mac. 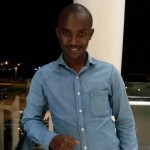 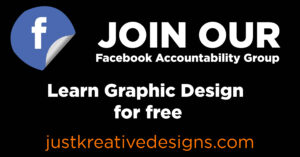